I’m in the caves that tell the story of Buddha! Located in the state of Maharashtra, the Ajanta caves are an Indian national heritage site that are recognized as one of the world’s greatest historical monument by UNESCO. There are 29 caves in Ajanta, with most of them being monasteries!

History of the Ajanta Caves

Discovered in AD 1819, the caves in Ajanta were built sometime around the 2nd Century, out of a horseshoe-shaped cliff along the Waghora River.

Interesting Facts about the Ajanta Caves

1. Ajanta Caves were discovered by a British Officer during his hunting spree in 1819. 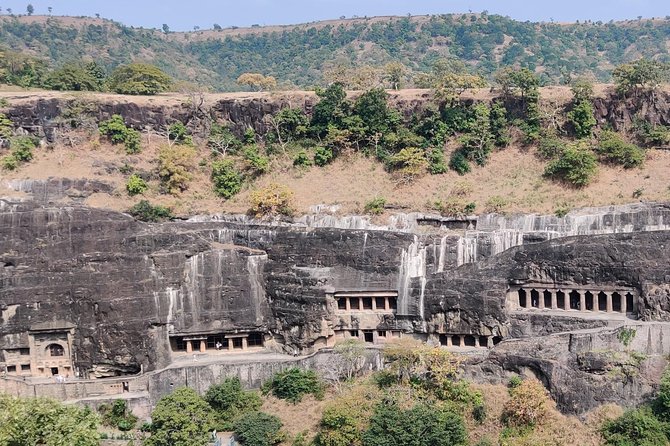 3. It is best to visit the Caves right after the monsoons as at that time, besides treating your eyes with the amazing paintings of Ajanta you can witness the sprawling greenery of the jungles and the placid waters of River Waghora. The weather is also amiable at this time.

4. If you are looking for more thrill, shun the main road and choose the trekking path to the caverns. The path is more enchanting as it leads to a bridge beneath which the river flows in its full glory. 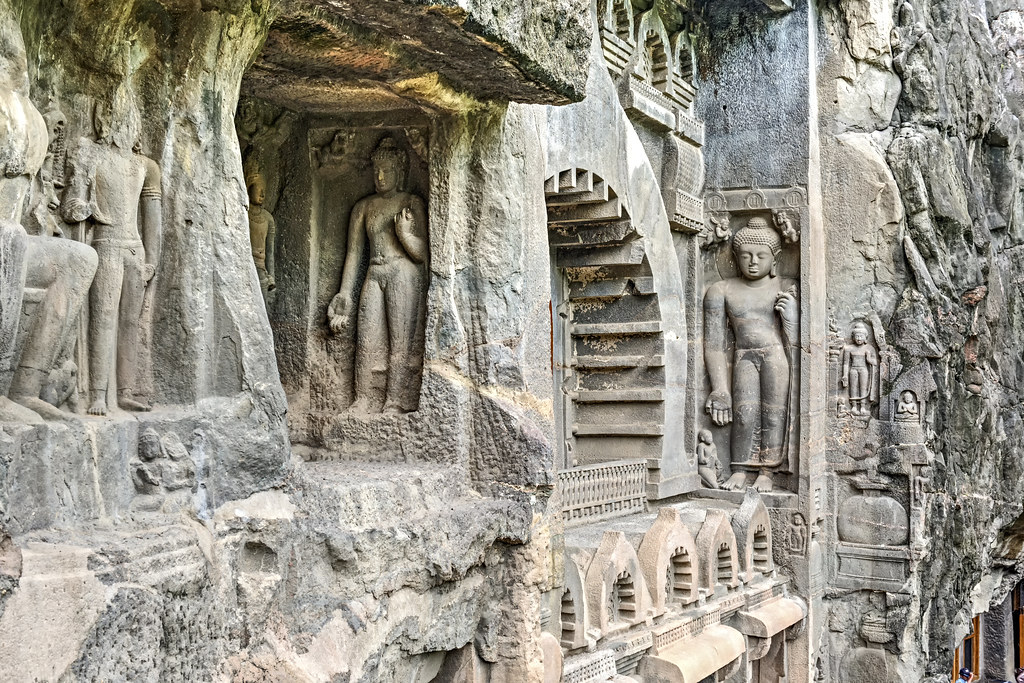 5. Just not the Ajanta Caves but the way to it is a photographer’s paradise. Deer are common at this part of the jungle.

6. The joyous Sapt Kund greets the tourists with its beautiful seven layers. Thee are numerous birds and animals found near the spring.

7. Enjoy some serene moments sitting at the steps of the plateau as you can hear the chirps of birds blend with the gurgling of Sapt Kund, it is a perfect epitome of nature’s bliss.

8. Each cave of Ajanta is unique. Cave 1 is divided into 14 cells and sculpted with the royal life of the erstwhile monarchs and narrates tales of Jataka and depicts Sibi, Samkhapala, Mahajanaka, Champeyyajataka. A seated Buddha in Dharmachakrapravartana pose is another feature of the cave. 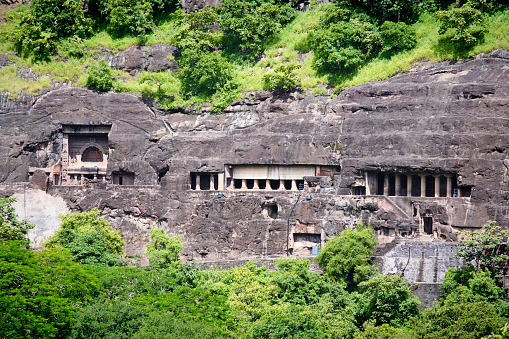 9. Cave 2 is dedicated to the prowess of women. It is divided into 2 parts and dates back to the 4th and 5th century AD. Besides the carving of a seated Buddha in Dharmachakrapravartana pose, there are figures of Yaksha, Sankhanidhi, Padmanidhi, Hariti and Pancika guarding the statue. This cave is also famous for its ceiling paintings.

10. Cave 4 is the largest monastery in this group and has a distinguished hall, sanctum sanctorum, pillared verandah and several paintings.

11. Cave 9 seems to date back to the second century BC and is associated with Hinayana Buddhism. This cave showcases wooden beams, rafters and octagonal pillars. The paintings inside the chaitya are from the 1st century BC while the alter is from the 5th and 6th century BC.

12. Cave 10 was the first discovered cave by John Smith. It is special with Brahmi inscriptions and Buddha figures in different poses. This cave is also quite similar to the Sanchi Stupa. The cave surprises style tourists as the whisper at one pillar can be heard at any other pillar of the hall. 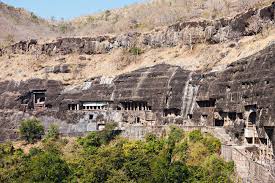 13. The abandoned and unfinished caves of the group, like the Cave 3, 5 and 8 showcases the various stages of development and challenges faced by this group.

14. Though Cave 14 stands unfinished, the preparation within the cave proves it was planned to be grand. The doorway is already exquisite with the beautiful images of salabhanjikas. 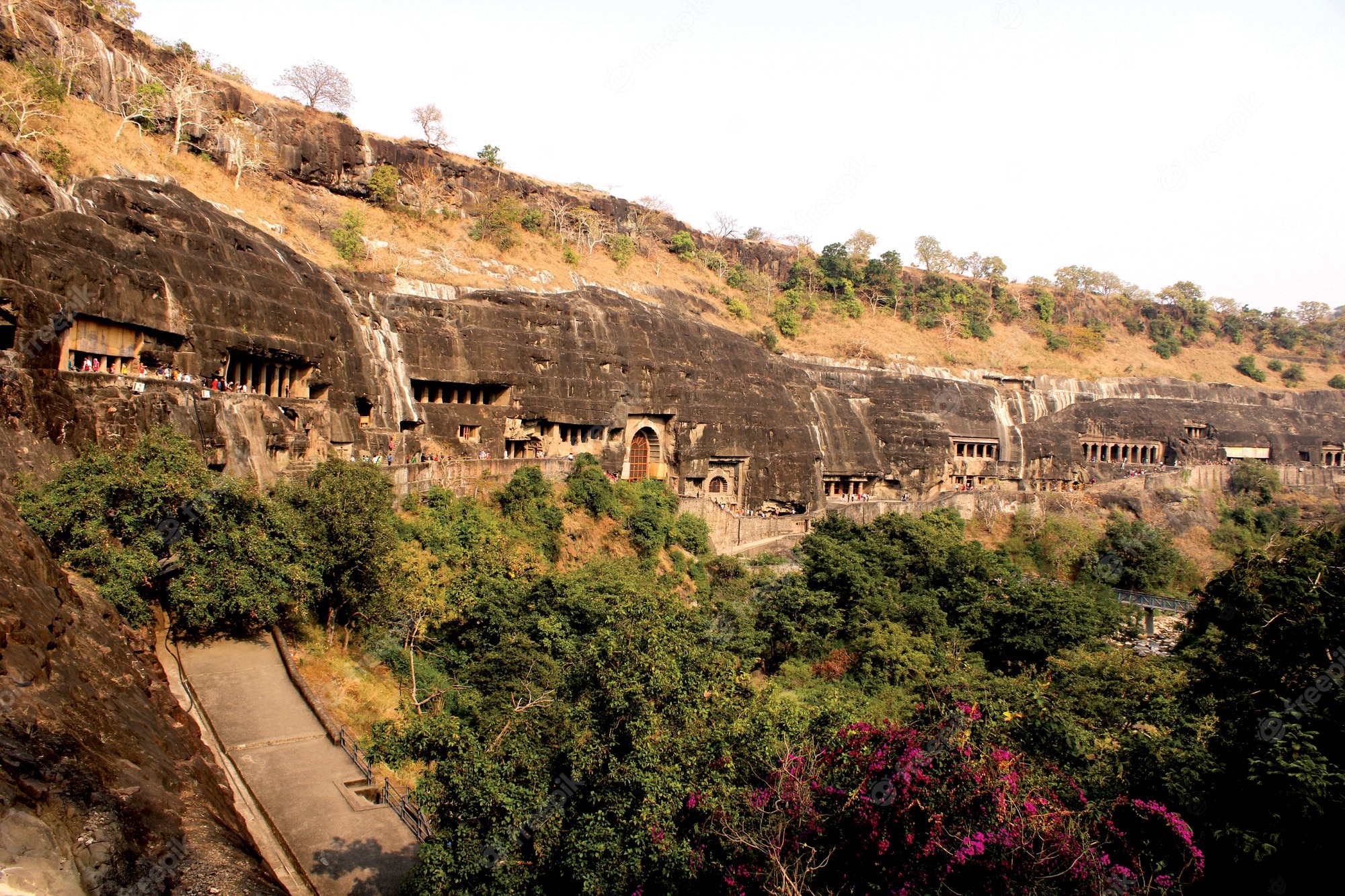 15. Cave 26 is a must visit to view the large reclining statue of Lord Buddha. This pose is known as the Mahaparinirvana Buddha which is depicting the death of the Lord.

Last but not the least, keep a minimum of 5 to 6 hours in hand to explore the Ajanta Caves. Peace, serenity or natural bliss, whatever you may need the s vacation is gifted by these marvels, the Ajanta Caves.