JAISALMER FORT, RAJASTHAN -A proud chattel of the Bhati clan

If you are still in doubt about the grandeur of the forts of Rajasthan and want to see another jewel in that region’s ancient crown, then you should certainly consider visiting Jaisalmer Fort. The fort was built in the 12th century AD by a Bhati Rajput ruler Rawal Jaisal, who named the fort after himself. Jaisalmer was ruled by the Rajputs until it was captured in the 13th century by Ala-ud-din Khilji and his forces, who ruled here for 9 years. Later, in the 16th century, the fort was again captured, but this time by the Mughals under their emperor Humayun. 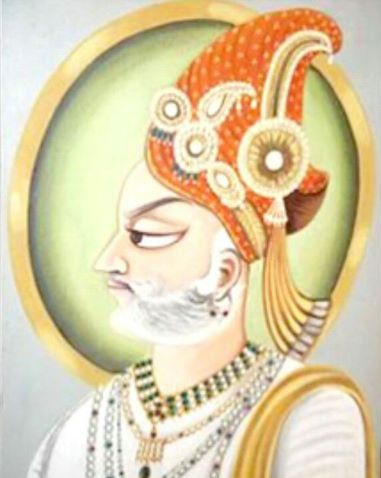 As a typical Rajastan hill fort,

Jaisalmer is situated on Trikuta Hill, which makes it strikingly visible on the vast stretches of sand of the Thar Desert. This striking appearance is further enhanced by yellow sandstone used in its construction. As a result, the fort quite spectacularly reflects the sun rays against the backdrop of the sandy desert and appears as if it is made of gold – hence why it is also called Sonar Quila or the Golden Fort.

The spectacular Jaisalmer Fort in Rajasthan

The fort has 3 layers of walls, inside which there are the various residential quarters of the royal family, temples and the elaborately carved merchant houses known as havelis. The other attractions in the fort include Jain Temples from the 12th century and a large library known as the ‘Granth Bhandar’ that contains scripts and texts from the 12th and 13th centuries. The city of Jaisalmer has now spread beyond the walls, but there was a time when the entire population, which consisted mainly of merchants and the workers of the Bhati Rajputs, used to reside within the walls of the Fort. 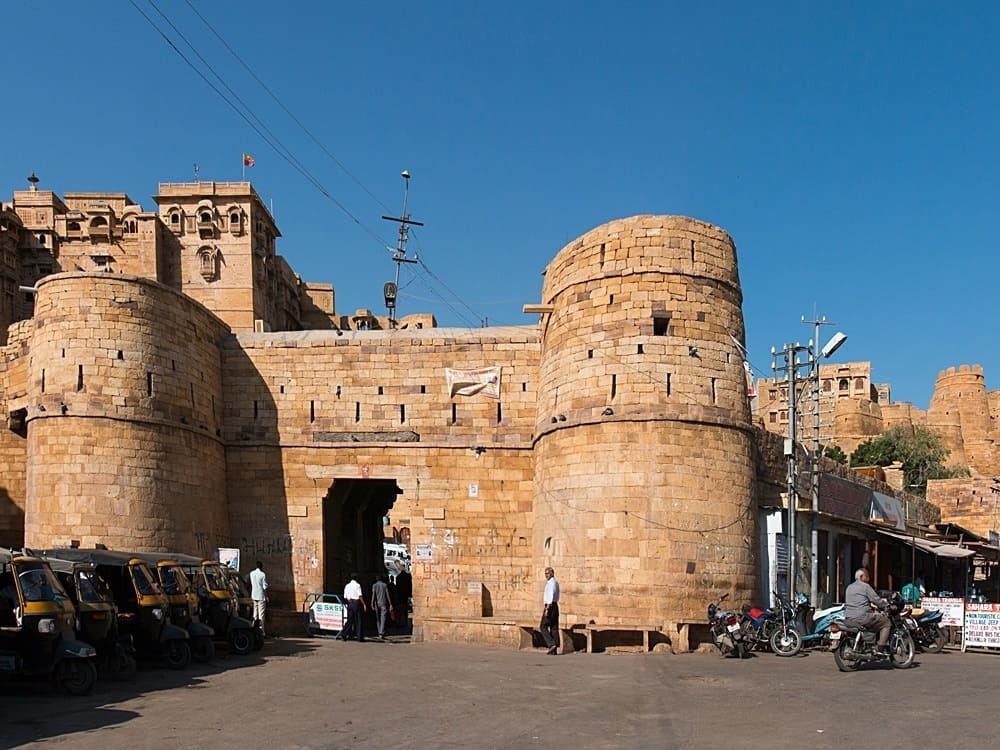 The fort was built in 1156, and is a proud chattel of the Bhati clan. Rawal Jaiswal was the founder of Jaisalmer city, and Jaisalmer fort was built in his reign. It is a 250 foot tall fort, which is protected by 30 feet long walls. The fort constitutes 99 bastions, amongst these 92 were built between 1633 and 1647. One can see the fusion of Islamic and Rajput architecture. There are 4 gateways to reach this fort i.e. Ganesh Pol, Akshya Pol, Suraj Pol and Hawa Pol. Jaisalmer Fort is situated on Trikuta Hill and had been the scene of many battles.

The main attractions inside the fort are:

Raj Mahal (Royal palace), Jain temples and the Laxminath temple. The fort is made as per the actual Rajasthan standards and feature a city against a red-and-yellow background.

The Jaisalmer Fort is one of the few living monuments in the world and home to a fourth of the city’s population. The view of the sunset from this fort is a treat to the eyes for all the travellers, and especially photographers. Jaisalmer fort is popularly known as the “Sonar Kila” because it is made of yellow sandstone. The fort looks golden in the early morning when the first rays of the sun reach the ground. The Jaisalmer fort seems like a palace in the fairy tales and dominates the tinted small town of Jaisalmer.