One of the largest hilltop forts in the World, and one of six spectacular Hill Forts of Rajasthan included on UNESCO’s list of World Heritage sites. The region of Kumbhalgarh was ruled by a Rajput clan called the Sisodia Rajputs. King Rana Kumbha, after whom the fort is named, laid the foundation of this majestic fort in the 15th century AD when it became the capital of the Kingdom of Mewar. Kumbhalgarh was home to the Sisodia Rajputs until the capital of Mewar moved to the more strategic city of Udaipur. 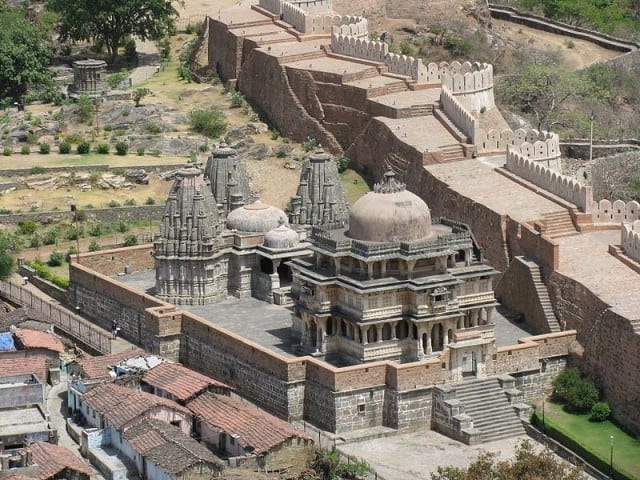 The fort is built in a distinctive Hindu Rajput architectural style while also borrowing influences from Persian architecture. The impressive walls are thick enough to allow eight horses to walk abreast of each other on the top, and extend for some 36 kilometres around a hilltop, which is itself about 1,100 metres above sea level, making this the second longest ancient wall in the World – after the Great Wall of China. Within these walls there are over 360 Jain and Hindu temples. Not surprisingly given the dimensions of these walls then, the fort remained impregnable, falling only once due to a shortage of water when surrounded by the collective forces of Akbar, Raja Mansingh of the Dundhar kingdom in Rajasthan and the Sultan of Gujarat. 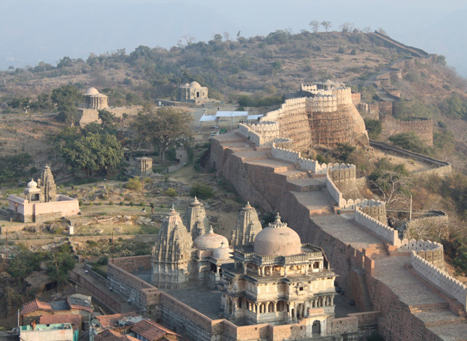 From its elevated, hilltop location, there are fantastic, panoramic views of the surrounding Aravalli Mountains – the oldest mountain range in India.

The fort that has made its mark in history as the second largest wall after the Great Wall of China – it is none but the Kumbhalgarh fort in Rajasthan. The mighty fort is 3600 ft tall and 38km long that surrounds the area of Udaipur. It was considered to have been built by Rana Kumbha in the 15th century. The fort is further declared a UNESCO World Heritage Site that is under the group Hill Forts of Rajasthan. It is located strategically on the western Aravalli hills. 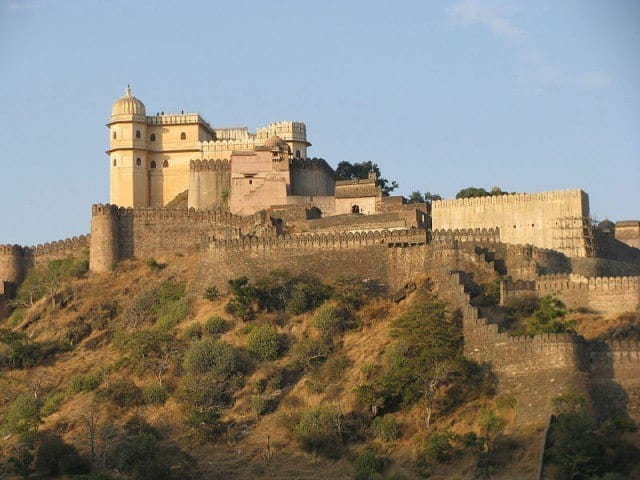 Having witnessed a large number of wars, the hill serves as the boundary that is unbreakable. The fort that has seven fortified gateways and a number of Jain temples within it , along with the Lakhola Tank which is the most famous tank inside the fort that was constructed by Rana Lakha. The fort consists of a number of Hindu temples and Jain temples that indicate the religious tolerance of the rulers and how they patronized the Jains and encouraged their culture in the kingdom.

HISTORY OF THE ATTRACTION

The brilliant Kumbhalgarh fort is said to be the birthplace of Maharana Pratap. The fort further consists of inscriptions on the foot of idols in Hanuman Pol that provides details of construction of the fort. The Badshahi Bavdi is a stepped tank that was built by the general of Akbar to provide drinking water to the army troops in 1578. The fort initially faced many problems during construction but was resolved by performing a human sacrifice and the main gate of the fortress which is the Hanuman Pol, contains the shrine and a temple to thank and remember the great sacrifice of a warrior.

Falna Railway Station is the closest railway station where a traveller can get down and the avail a taxi or a bus to reach the fort.

THINGS TO DO IN AND AROUND

The fort consists of a Ganesh temple which is assumed to be one of the earliest temples built inside the fort. It also has the Neel Kanth Mahadeva temple, built in 1458 CE, the central shrine of Shiva, in which the idol is made of black stone which was renovated by Rana Sangha.

The fort also has many Jain temples like the Parsva Natha temple and the Golera Jain temple. Few other temples are the Mamdeo temple, Surya Mandir and Pital Shah Jain temple.

The fort is open from 9:00AM to 6:00PM every day of every week throughout the year.

The entry fee for an Indian visitor is Rs 10 while for the foreign travellers it is Rs 100.

The best time to visit the fort is during winters between the months of October to February when the climate is cooler and suitable for people instead of the scorching heat of the summer during the months of March to June.