Bodh Gaya in Bihar is famous for the Mahabodhi Temple complex because it enclaves the Mahabodhi Tree under which Lord Buddha attained enlightenment and preached the teachings of Buddhism. It is not only a seat of Buddhist religion but also a place of great historical significance for it proves the art, culture and architecture of ancient Indian civilization. UNESCO has certified Mahabodhi Temple as a World Heritage Site.

Is one of the most ancient religions of the human civilization. History dates back to a time prior to 500 BC for the inception of Buddhism. It is said that Siddharta Gautama, prince of Kapilavastu Kingdom, renounced everything in search for finding meaning of life.

Was built by the Mauryan emperor Asoka in around 260 BCE who was a great patron of Buddhism. The temple was built to commemorate the inception of Buddhism in and around Mahabodhi tree. The Gandhara style of classic Indian brick architecture is found in the temple. The temple has towering pagoda like tombs as sanctum in a vas campus. The temple has been rebuilt many times during different Buddhism patron dynasties like Shunga, Gupta and Pala. The present temple is from Gupta period of 2nd century CE. The present Mahabodhi Tree is a descendent of the ancient one. 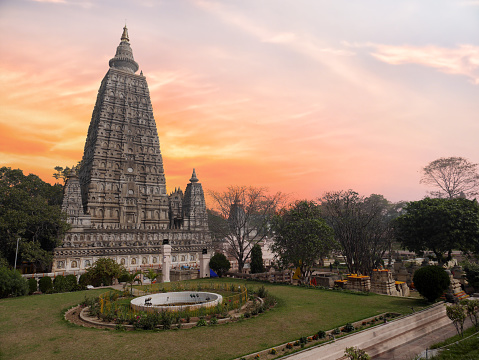 Is a well connected pilgrimage and tourism spot for travelers from every corner of the country and abroad and has grown into a historical region over the long years of more than 2 millennium. Bodh Gaya is located about 96 KM from the Bihar state capital Patna and is one of the major tourism spots in India.

5 Interesting Facts About The Mahabodhi Temple 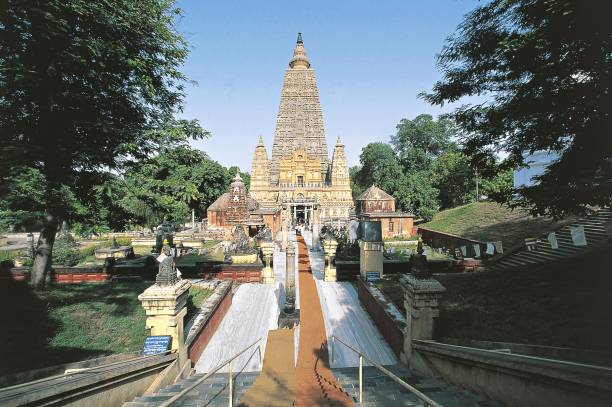 1. It is believed to be the place where Gautam Buddha attained enlightenment. It was here that sitting under a peepul tree that young prince Siddhartha (who later became Gautam Buddha) attained all the answers he sought after three days and three nights of meditation.

2. Built by emperor Ashoka in 260 BC, the Mahabodhi temple complex is one of the first Buddhist temples to be built entirely of brick. Being one of eastern India’s oldest brick structures, its architecture has been widely appreciated.

3. The temple complex was declared a UNESCO World Heritage Site in June 2002. Since then, all of its religious artifacts are legally protected.

4. The central tower of the Mahabodhi temple is around 55 m tall. It has been renovated several times through the 19th century and is surrounded by four smaller towers.

5. Apart from the grand statue, the temple complex consists of several places of interest to Buddha devotees like the Bodhi tree (a descendant of the tree under which Buddha actually attained enlightenment), the lotus pond and several ancient stupas. These places are associated with the seven weeks Buddha is said to have spent here.