An ordinary girl from the Kom tribe of Manipur, India who fearlessly pursued her dreams without bothering about the bars and proved the world that nothing is bigger than the desire to win, by being the first Indian female boxer to earn an Olympic medal for her nation. This six times World Amateur Boxing Champion had numerous face-offs while chasing her dreams, but the best part was that she never quit fighting against the odds which also included her family who never wanted her to become a boxer. Mary’s successful career proved that “champions are not born, they are made”.

Chungneijang Mery Kom Hmangte was born on 1st March 1983 as the eldest daughter of a tenant farmer who worked in ‘Jhum’ fields to meet both ends. She spent her childhood helping parents with farm and household chores along with her studies. Mary inherited sportsmanship from her father who used to practice wrestling in his youth. She urged to become a boxer after watching her fellow statesman Dingko Singh who bagged gold medal for India at the Asian Games.

The path was not easy for her as the community as well as her parents objected the decision to pursue boxing considering the sport only for boys. Mary started training in Imphal and used to travel distances to learn boxing under the tutelage of Coach K. Kosana Meitei. At the age of 15, she left her hometown for further studies in Imphal and continued her training there. In 2000, Mary won the state boxing championship, and it was then her parents knew about her training. Initially, they protested but watching her prolific performance and innate talent, they agreed. Mary dominated the boxing ring for several years, but after her marriage, she took a break from the sport being much engrossed in family and raising her two children. Soon it started airing that she might not come back to the ring but Mary knew that her chase for an Olympic medal would not end up like that.

Also read: Who was Neerja Bhanot? Who saved 360 people by giving her own life

She made a dynamic comeback, winning a silver medal at the Asian Women’s Boxing Championship in 2010 and went on to add many more feathers in her cap proving skeptics that there is a vast difference between stepping back and quitting. Resuming to her training schedules after having kids was not at all easy, but the strong craving to earn an Olympic medal for the country, again led her towards the boxing ring, but this time harder than earlier. At the AIBA Women’s World Boxing Championship of 2012, Mary punched hard not only to mute the critics but also to qualify for the Olympics as the women’s boxing was introduced that year.

Defeating Karolina Michalczuk in the first round by 19-14, Mary stepped ahead for the quarter-finals where she dominated Maroua Rahali of Tunisia by 15-6, reaching the finals. She not only earned India’s first Olympic medal (bronze) in female boxing but also added her name to the Indian sport’s history. Mary’s determination to win and moxie attitude makes her the perfect role model for the young generation. 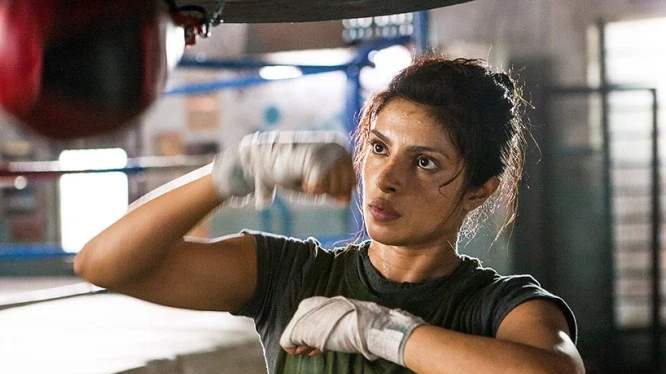 Top 10 Facts You Did Not Know About Mary Kom