Viral Optical Illusion: Recently, we have come across several mind-boggling optical illusions that leave netizens scratching their heads. Whether it’s a picture puzzle or something hidden inside a painting, optical illusions are always fun. This one might be the oldest optical illusion in the world as it is an image of an Ancient sculpture found in the Airavatesvara temple in Thanjavur, Tamil Nadu.

The relics of this temple show marvels of Indian art mixed with artistic talent and mental excellence. Centuries-old empires that have ruled India have left behind miraculous creations, some of which are amazing optical illusions. According to each person’s perception, this optical illusion of 12th-century Dravidian architecture can be interpreted in different ways and what you see first also says a lot about your personality. So look closely at the picture above. Which animal did you spot first in this optical illusion image? 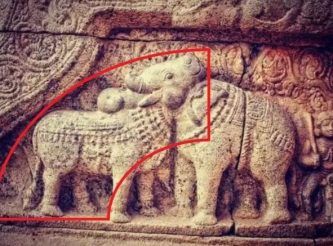 The bull, which is on the left side of the sculpture, is also known as the Nandi and the vehicle of Lord Shiva. The bull is mainly associated with qualities like honesty, faithfulness, stubbornness, fierceness, strength, and positivity. It is believed that the people who possess these qualities tend to see the bull first. 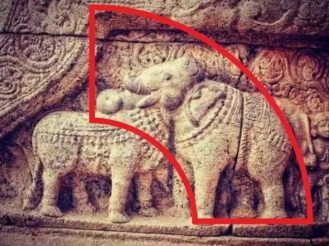 The elephant, which is on the right side of the sculpture, is the carrier of Lord Indra and it’s also associated with Goddess Lakshmi, the God of wealth. An elephant is associated with calmness, kindness, respect, loyalty, and intelligence. People who first see the elephant are considered to be kind, thoughtful, and considerate.